My success lies in my love and passion for music

My first piano bar gig in New York back in 1989, taught me so much about reading the crowd rather than reading the music. My repertoire consists of many more songs than the ones listed here, however, from my experience, these have been some of the most requested songs.

Cezar’s success lies in his love for music, dedication, and experience as a Singer, Pianist, and Entertainer.

“Music is my passion and me live for it.

I am happy that I can be with people and share with them the gift of music. IIt gives me great satisfaction to observe a happy and satisfied audience, knowing that I have given my best performance every time.”

Cezar’s career began in 1989 travelling throughout the world

with his debut in New York. He then went on to join Renaissance Cruise Lines as a pianist and then as a bandleader, where he spent almost two years in the Caribbean, Baltic and the Mediterranean seas.

Upon arrival at home in Australia, Cezar formed a band named I.C.E. and in 1993 entered channel 10’s New Faces competition and won with his original song “Only You”

With his strong desire to develop his unique piano style, Cezar completed his Bachelor of Music majoring in Composition at Melbourne University in 1997 and went on to write and produce albums for other artists  for himself.

Cezar has performed in some of Melbourne’s finest venues including Walter’s Wine Bar, Eden on the Park Hotel, The Melbourne Hilton, and the Sheraton as well as five years at Crown Casino, Melbourne

Cezar has also played in some of the world’s finest venues such as Hilton – Japan, Hyatt – Oman, Hyatt Egypt, Sheraton  Stockholm, Hayman Islands, Australia. More recently, Cezar has been

performing on Royal Caribbean Cruise Lines based in the U.S.A. as a Guest Entertainer.

Cezar’s first Cd, entitled “What’s Goin’ On”, a collection of music which he describes as a lifetime of heart and soul behind a piano. It highlights his amazing genius as a pianist and displays his incredible diversification in style.

“Love Life” – Cezar’s 2nd Cd and “The Truth about me” – 3rd Cd focuses on songs that he loves to sing and which have been his biggest requests over the past years.

The 4th Cd  “Believe in Yourself” includes a few of Cezar’s Originals and a collection of some of the best-written songs in Cezar’s opinion.

Cezar has acquired a great wealth of experience as an Entertainer, Pianist/Singer in the last 20 years, performing to audiences in almost every part of the world. 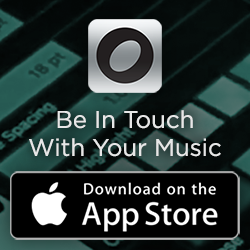